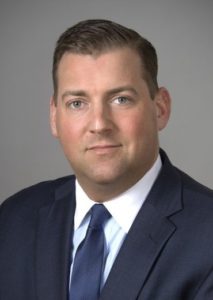 “O-H!” opens every major activity here in the Buckeye state, with the resounding “I-O” in response. It is my privilege to be appointed by the Government of Canada as the Honorary Consul to Ohio and work with the team at the Consulate General of Canada in Detroit. An Honorary Consul serves as a liaison in states where there isn’t a physical consulate present. They are an important member of their community and advocate for their honorary country on a special basis. I am happy to join the rest of the Honorary Consuls in strengthening the economic, security and cultural ties with friends and partners (old and new) in Canada.

As with many Americans, I didn’t know all that much about Canada growing up in Northeastern Ohio except that we were close enough that my grandfather would point north when we would fish on Lake Erie and say, “Kids, there’s Canada.” During my days at Ohio State University, my focus was international, even spending time living abroad in the European Union and Russia.

However, my law school, Case Western Reserve University, had a partnership with the University of Western Ontario dating back to 1976. Through the Canada-U.S. Law Institute (CUSLI), I had the opportunity to work with Professor Sidney Picker, who started CUSLI, and the late Dr. Henry King, a former Nuremberg prosecutor and legendary international business lawyer who served as Honorary Consul to Canada from 2004 until his death in 2009. There I was exposed to the dynamic business and trade relationship between the two countries by some of the leading companies and lawyers on each side of the border. On a personal level, I developed long lasting cross-border friendships.

I quickly realized that the best way to help communities here in Ohio was to foster stronger linkages with our neighbor to the north. For the past two decades, I have had the pleasure to work for both the U.S. and Canada to address security, supply chain and trade issues and serve in private legal practice as an international trade and transportation lawyer at Thompson Hine LLP. Every day I have the opportunity to work in support of the world’s most active and dynamic cross-border trading relationship.

There is still so much more work to do. Ohio and Canada have a shared future in areas such as automotive and mobility, aerospace (Ohio, after all, is the birthplace of aviation), energy, management of the Great Lakes resources, life sciences, technology and countless other areas. As home to some of the greatest inventors and innovators in history, the Ohio-Canada partnership is founded on people. Enhancing those cross-border relationships in the talent economy are critical for the future of our economies and our families.