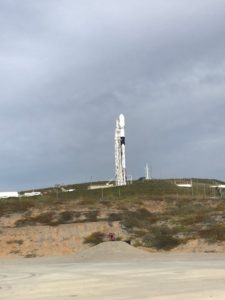 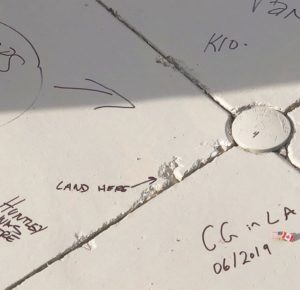 On June 12, the Canadian Space Agency successfully launched the RADARSAT Constellation Mission (RCM) from the Vandenberg U.S. Air Force Base in California in collaboration with Canadian company Maxar-MDA and SpaceX. On the day of the launch, everyone was energetic and excited witnessing a project 15 years in the making.

The RCM is made up of three satellites that can scan the Earth day and night, in any weather conditions. What’s more, the RCM can provide daily access to approximately 90% of the world’s surface. The RCM’s launch last week is the latest evolution of the RADARSAT Program, which began in the late 1980’s. With the help of the U.S. private sector, Canada first launched Radarsat-1 in 1995 and Radarsat-2 in 2007 to capture images of the Earth’s surface. These images show potential threats and contribute to maritime surveillance, disaster management, and ecosystem monitoring.

Numerous staff from U.S. and Canadian federal departments were embedded with their private sector colleagues to manufacture the RCM and secure a safe launch. In fact, more than 125 Canadian companies in seven provinces were involved in developing and building the RCM satellites, including Magellan Aerospace and exactEarth. Hundreds of employees in MDA’s facilities in Richmond, BC, Montreal, QC, and Dartmouth, NS also played key roles. And, international guests including representatives from the United Kingdom, New Zealand, and Japan were also on location with representatives from five Canadian federal departments to see the satellites safely out of this world.

Los Angeles Consul General Zaib Shaikh was part of the crowd on launch-day. He even signed the spot the rocket is expected to land when it returns to Earth!

The hard work is still ahead post-launch. Now that the RCM is in place, the team will focus on data collection and analysis, ensuring stakeholders are making the most of the RCM.