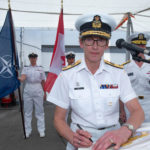 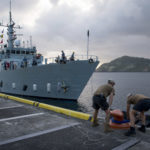 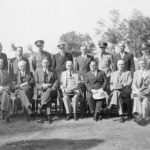 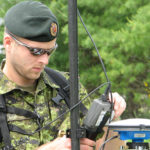 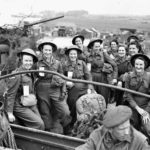 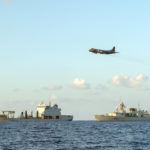 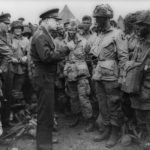 In this week’s United in Defence, Canadian Armed Forces (CAF) members are working with U.S. women and men in uniform to keep us safe at home and abroad. Here are a few ways:

Earlier in June, Commodore Josée Kurtz, a Canadian, assumed command of Standing NATO Maritime Group Two, part of Operation REASSURANCE securing the Mediterranean and the Black Sea. Commodore Kurtz assumed command from Commodore Boudewijn Boots of the Royal Netherlands Navy, making her the first woman to lead the group. Lieutenant-General Mike Rouleau, Commander of Canadian Joint Operations Command said of her appointment “The appointment of Commodore Josée Kurtz to lead this NATO Maritime Group is a demonstration of the Canadian Armed Forces’ professionalism, leadership and strong commitment to NATO and our Allies. Our members are a visible symbol of Canada’s commitment to international security and cooperation in the region and around the world.”With Commodore Kurtz at the helm of Standing NATO Maritime Group Two, Canada is now leading three NATO efforts globally, including operations in Latvia and Iraq.

Combatting Human and Drug Trafficking in the Caribbean

As part of Operation CARIBBE, Canada’s ongoing mission to stop illegal trafficking in the Caribbean Sea and eastern Pacific Ocean, HMCS Goose Bay began its summer deployment earlier this week. Royal Canadian Navy sailors joined their partners in the United States Coast Guard to pursue drug and human traffickers in the Caribbean. As part of a U.S.-led mission, the crew of HMCS Goose Bay will monitor maritime traffic for suspected illegal activity, keeping illegal drugs off North American streets and reducing funding for criminal organizations. Canada periodically contributes personnel, ships, and aircraft to Operation CARIBBE throughout the year. From March 25 to May 6, for example, CAF members aboard HMCS Yellowknife, HMCS Whitehorse, and a CP-140 Aurora aircraft helped seize 2,657 kilograms of illegal narcotics.

Permanent Joint Board on Defence

In August 1940, Canadian Prime Minister William Lyon Mackenzie King and United States President Franklin D. Roosevelt signed the “Ogdensburg Agreement” in Ogdensburg, NY, creating the Permanent Joint Board on Defence. The agreement laid the groundwork for combined efforts during World War II, including joint training of some Canadian and American troops. It also was the start of an era of intimate military ties between Canada and the U.S.

Last week, the Permanent Joint Board of Defence met in Ottawa. The board meets twice a year to discuss continental defence, security, and bilateral military efforts. The meetings are attended by Canadian and American civilian chairmen, representatives of the armed forces, and foreign service.

Canada is contributing to Operation Neon, a multinational effort to implement United Nations Security Council sanctions against North Korea. We have sent Canadian sailors and aircrews to identify sanctions evasion, especially ship-to-ship fuel transfers. A few CAF members will be directly embedded in the Enforcement Coordination Cell in Yokosuka, Japan. Harjit Sajjan, Minister of National Defence, said of the mission “Canadians can be proud of the work the Canadian Armed Forces are doing alongside our allies and partners in the Asia-Pacific region.” Another reason to be proud: the U.S. Department of Defence’s recent Indo-Pacific Strategy report recognizes Canada’s role in countering the North Korean regime.

Until June 21, Canadian Armed Forces are participating in an annual U.S. Southern Command training exercise in the Caribbean to build our capability to counter transnational organized crime and provide humanitarian and disaster relief assistance. Ultimately, this exercise strengthens our safety and security in the region.

For our part, Her Majesty’s Canadian Ship Goose Bay and Royal Canadian Navy Clearance Divers will be working with an FBI dive team, military instructors, and other personnel in the weeks ahead. In a statement, Lieutenant-General Mike Rouleau, Commander, Canadian Joint Operations Command said “It is a privilege for the Canadian Armed Forces to work alongside our Caribbean partners and allies to hone our collective ability to operate in a complex security environment and rapidly respond to natural disasters. We have an incredible opportunity to learn from our Caribbean partners during TRADEWINDS 19, and likewise are proud of the expertise and knowledge we can share with them.”

Next week, Canada will launch the Radarstat Constellation Mission – three new identical satellites from Vandenberg Air Force Base in California. The satellites will help with maritime surveillance, disaster management, and ecosystem monitoring. The data from these satellites is critical to our men and women in uniform and first responders. In a natural disaster, this data can give them an overview of damages in the entire area so they can quickly assess the effort and personnel required on the ground. Satellite data also facilitates concrete plans based on the extent of the damage.

What’s more, authorities in the United States, Canada, and others around the world often turn to satellites to coordinate rescue operations. By working together through the International Charter Space and Major Disasters, we can share satellite data quickly to help those most in need.

Follow @CAFinUS to learn more about CAF’s work in the U.S. and abroad.