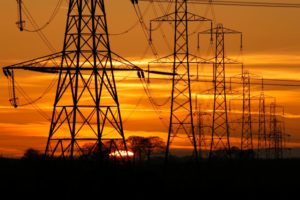 Last week, many parts of the US felt a lot more like Canada – temperature-wise, at least.  A polar vortex sent the mercury plummeting, bringing record-breaking temperatures to more than a dozen states, including Texas and across the Midwest.  The sustained, icy Arctic conditions caused a spike in demand for electricity, at the same time as some parts of the grid were forced offline.  In many places, this combination of events overloaded electric grid systems, leaving millions without power.

To meet these new and urgent demands, some states looked farther afield, including to Canada, to bolster their energy mix.  Southwest Power Pool (SPP), a regional transmission organization serving 17 states from North Dakota down to parts of Northern Texas, reached out to and received help from their northern neighbours.  Early in the week, SaskPower, Saskatchewan’s principal utility company, began exporting 150MW to SPP,  later increasing the amount to 175MW, to shore up supply.  Manitoba Hydro also stepped in to make surplus electricity available to the Midcontinent ISO (MISO) market, supplying an average of 550MW of power, with peaks of up to 1,000MW, throughout the week.

This type of cooperation is not surprising.  Canada and the US have one of the most integrated electric grids in the world.  The 35 major transmission lines connecting our two countries offer enhanced reliability, security and affordability to customers on both sides of the border.  “In Saskatchewan we know first-hand the challenges posed by extreme winter weather, and being part of an integrated grid means that when called upon, we help each other out,” said Kory Hayko, SaskPower Vice-President of Transmission and Industrial Services, and President & CEO of NorthPoint Energy Solutions.  This effective integration is part of what makes Canada such a strong energy partner for the U.S.

Another example of the depth of this relationship can be found on the East Coast.  In 2019, Hydro-Québec, the largest generator of clean renewable energy in North America, provided 24.4TWh of hydro-electricity to New England and New York State to help meet their electricity needs.  “For decades, cross-border grid connections have ensured the secure supply of clean renewable hydropower from Quebec into the United States,” explained Catherine Loubier, Delegate General of Québec in New York. “Additional transmission infrastructure will further strengthen grid reliability and help northeastern States tackle climate change.”

Many experts have suggested that the types of sudden and extreme weather fluctuations seen this past week may become a growing phenomenon with climate change, and that past weather patterns may no longer be a good indicator of what to expect.  That unpredictability makes data-based forecasting difficult, it complicates planning efforts and risks leaving millions in the dark.

In the aftermath of this week’s events, many states and grid operators will be examining how to better fortify their electric grids against these types of events in future.  At the heart of those discussions will be questions related to the right mix of energy, how to strengthen critical infrastructure, and how much resilience can, or should, be built into the system – and at what cost.  Those are all important questions.  However, an additional factor that should be considered is how greater and more effective use of the interconnected North American grid – including clean hydro-electricity from Canada – can help to bolster resilience and offset risk while keeping costs down and the heat on.