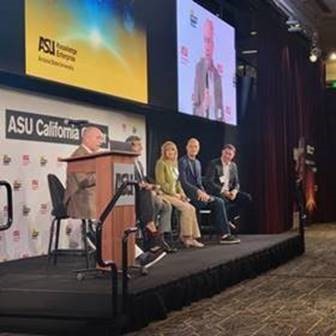 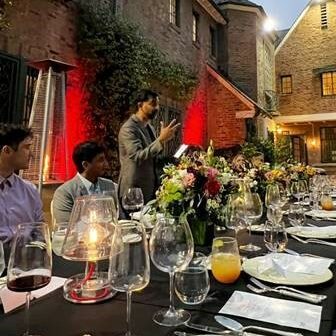 With Canada’s space tech sector growing at a fast rate, our Consulate General in Los Angeles designed and launched the first Space Tech accelerator program to further connect both the ‘legacy space’ and vibrant ‘New space’ sectors in the U.S. Southwest. Run in partnership with the Canadian Space Agency (CSA) and Arizona State University (ASU)’s MILO Space Science Institute, the program is the first and only accelerator program by the Government of Canada focused on the Canadian space sector.

The program started with a multi-month intensive virtual program for eight (8) separate mission teams – where each Canadian company was provided extensive one-on-one sessions with experts from Arizona State University’s space program and aerospace industrial behemoth Lockheed Martin. During these consultations, expert guidance ensured that each company graduating from the accelerator program left with a mission-ready space payload project proposal.

The program concluded with an in-person demo day in October in Los Angeles for the 4 Canadian companies that successfully completed the accelerator program. We were happy to celebrate the successful program and demo their innovative technologies:

AAVAA – Novel sensors to monitor astronaut brain signals which track the short and long term impact of the space environment on the brain’s function and mental health.

Caidin – A new approach to space health through a rapidly deployable health monitoring system for astronauts during long-term and interplanetary mission.

The demo day was a success! The program companies presented their mission proposals, met with investors and key stakeholders, and even exchanged ideas with two NASA astronauts that have spent time in space. One take away was evident –  the amazement of SoCal based partners at the depth of robotics and wider space technologies coming out of Canada.

To infinity and beyond we go…