Chef Laetitia Chrapchynski, Chef de Cuisine at the Embassy of Canada in Washington, D.C, recently participated in a Canada-U.S. Culinary Diplomacy event with the Southern Alberta Institute of Technology to explore Canadian products and Indigenous culture. In this two-part series, she shares some of her reflections.

I believe that food can tell a powerful story.

I’ll start off by saying that I grew up in Canada, and as a cook, I’m truly grateful that I did. By attending culinary school and working in various cultural settings, I was exposed to diverse flavours and cooking techniques. Sharing the classroom with students and teachers of different backgrounds, I developed a broad and nuanced perspective on food and those around me.

When it comes to Canada’s food culture, there are many hidden stories deeply rooted in our history that have yet to be told. The potential of these discoveries to inspire future innovations in areas of soil microbiology, food production, nutrition, land diversity, and Indigenous reconciliation is significant. The current generation of chefs, home cooks, farmers, fishers, and restauranteurs continue to add to the Canadian culinary perspective.

As worldwide population increases, and the climate lacks in consistency, the need for nutritious, safe, and affordable food has never been greater. With Canada’s vast land, natural resources, and keen citizens, Canadians can change the world by innovating the way we produce, package, and deliver food.

Culinary diplomacy is one way of integrating these important issues into our social imagination as eaters, consumers, and neighbours.

What is culinary diplomacy? How does it affect us? Culinary diplomacy, also known as gastrodiplomacy or food diplomacy is a form of cultural and public diplomacy. The Hague Journal of Diplomacy defines it as “the use of food and cuisine as an instrument to create cross-cultural understanding in the hopes of improving interactions and cooperation.” Food brings us together. Forming bonds with our global neighbors can be facilitated with a dive into a culinary background, discovering our similarities and our differences.

This concept came to my awareness when I began to work as a professional cook in the restaurant industry. Young and eager, I witnessed the impact of hospitality and how sharing food with others greatly impacts trust, and comfort levels between guests. Chefs in kitchens around the world are fortifying their cooking with aspects that expand beyond flavour. They are motivated to broaden their roles from chef, to ambassador, architect, educator and innovator.

In May 2022, I was invited to take part in a conference on culinary diplomacy at the Southern Alberta Institute of Technology (SAIT) in Calgary, Alberta.

At the forefront of culinary diplomacy is the Southern Alberta Institute of Technology. A leader in applied education, SAIT has been named one of the best culinary schools in Canada by both CEOWorld Magazine and QS World University Rankings. I joined two chefs from the Culinary Diplomacy Project, David Guas (Louisiana) and Maria Mazon (Arizona/Mexico), where we immersed ourselves in a U.S.-Canadian cultural experience with students in both the culinary and baking arts programs. 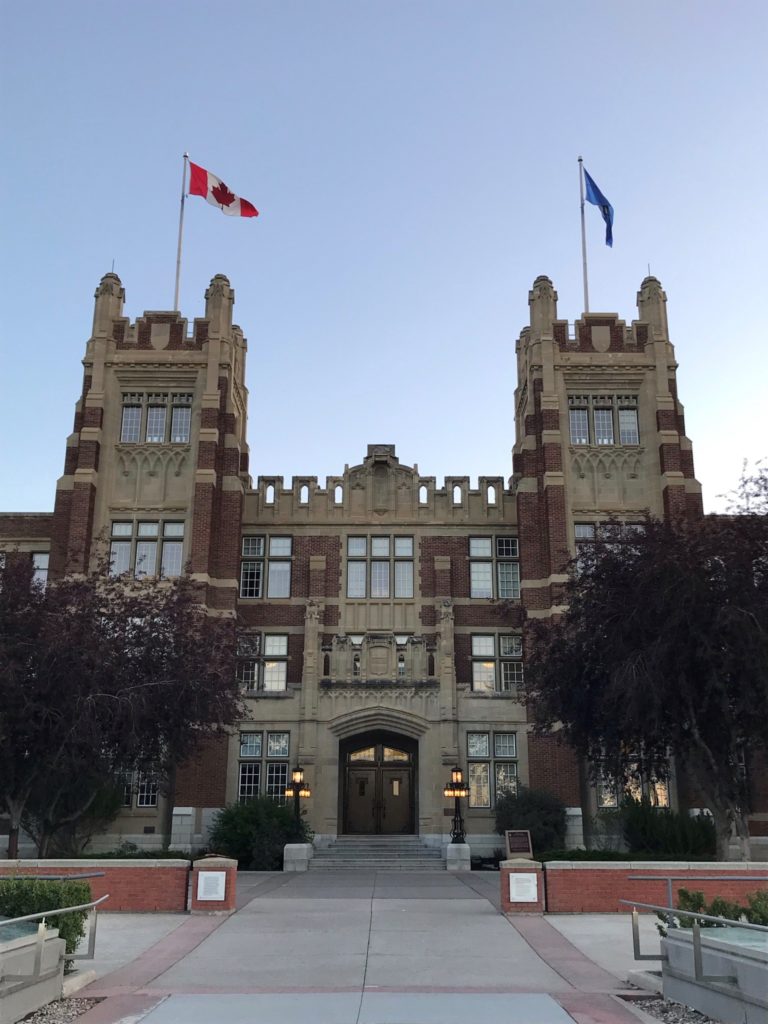 The conference began with a dinner at the River Café. Recognized as a culinary institution in Calgary and recently featured in an article in the Washington Post, River Café holds a mission statement deeply rooted in environmental sustainability, native Canadian ingredient sourcing, and culinary innovation. I sat down with Chef Guas and Chef Mazon, along with Micheline Mendelson and Lauren Bernstein, who founded the Culinary Diplomacy Project. We were also joined by, George Wendish, the Academic chair of the School of Hospitality and Tourism, along with Chef Vanessa Mendoza, a SAIT culinary instructor. 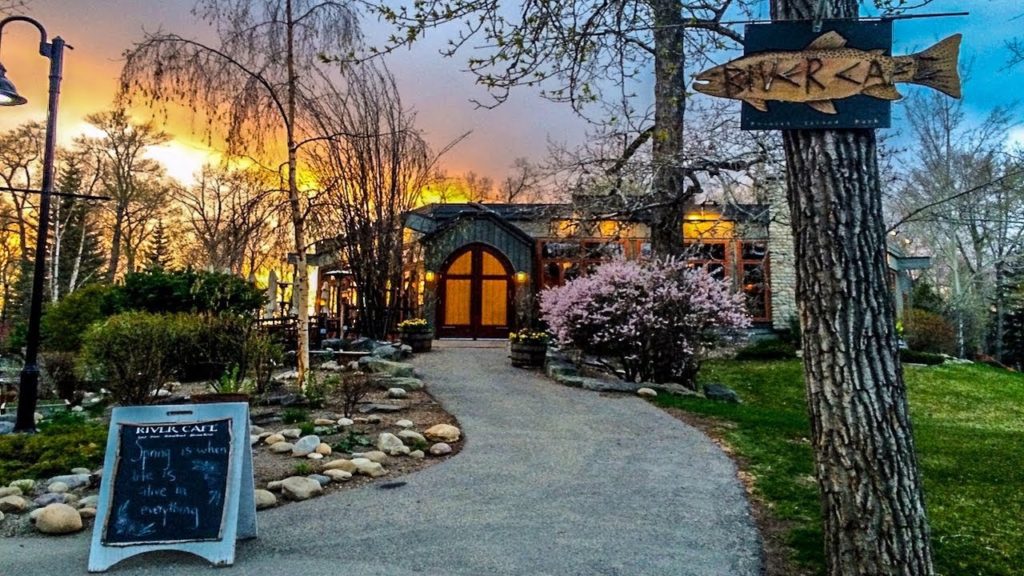 The conference was organized by Chef Rosalyn Ediger, SAIT instructor and alumna. She recently established new Culinary Diplomacy and Anthropology courses in January 2022 and is currently teaching them to culinary and baking & pastry arts students. Chef Ediger held a role as Chef de Cuisine at the Canadian Embassy in Beijing and was inspired to research the topic of culinary diplomacy through her years working both locally and abroad.

The group shared a wonderful dining experience that highlighted ingredients such as Gull Valley greenhouse tomatoes, Alberta bee pollen, Ontario green alder, bison, Saskatoon berries, British Columbia spot prawns along with Canadian wines. During this dinner, we had a chance to get to know one another and share our experience and backgrounds.

It’s fascinating how emotionally intimate communal eating is. Meals are the foundation of family life for many, and can spark the memory of a specific achievement, a certain location, relationships, hardships, and a mortality. The following morning, Chef Guas, Chef Mazon and I participated in a panel discussion on campus with SAIT students and faculty. We were asked questions about our views on the way food shapes relationships and connections. We dove into discussions about the cross-cultural culinary and ingredient influences between the United States and Canada. Additionally, we explored the groundworks of authentic dishes and the importance of recipe sharing. 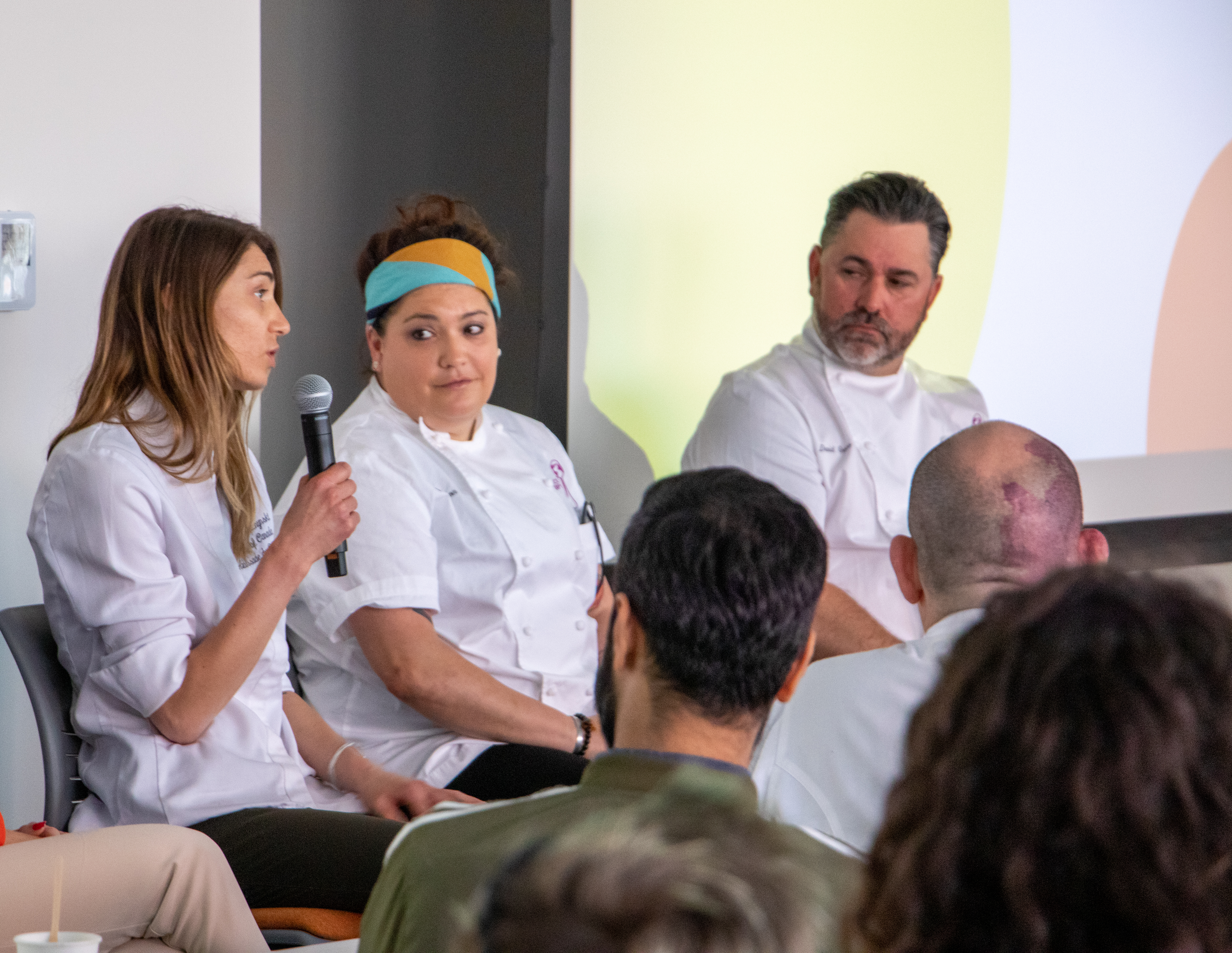 After the discussions, we participated in an Indigenous learning circle at the Chinook Lodge Resource Centre with Chef Chris Eagle Rib, a local Siksika Nation chef, and his wife. Chef Eagle Rib, a former SAIT graduate, reminisced about food memories from his childhood. He shared descriptive stories of Wojabi berry soup, select medicinal teas, game meat cookery, the significance of bison, and varied foraged wild edibles. His wife shared some of her traditions in Pow Wows, and their involvement within community outreach programs, including Every Child Matters. Additionally, she demonstrated the importance of sage smudging, tobacco, and shared some medicinal properties of native Canadian plants. 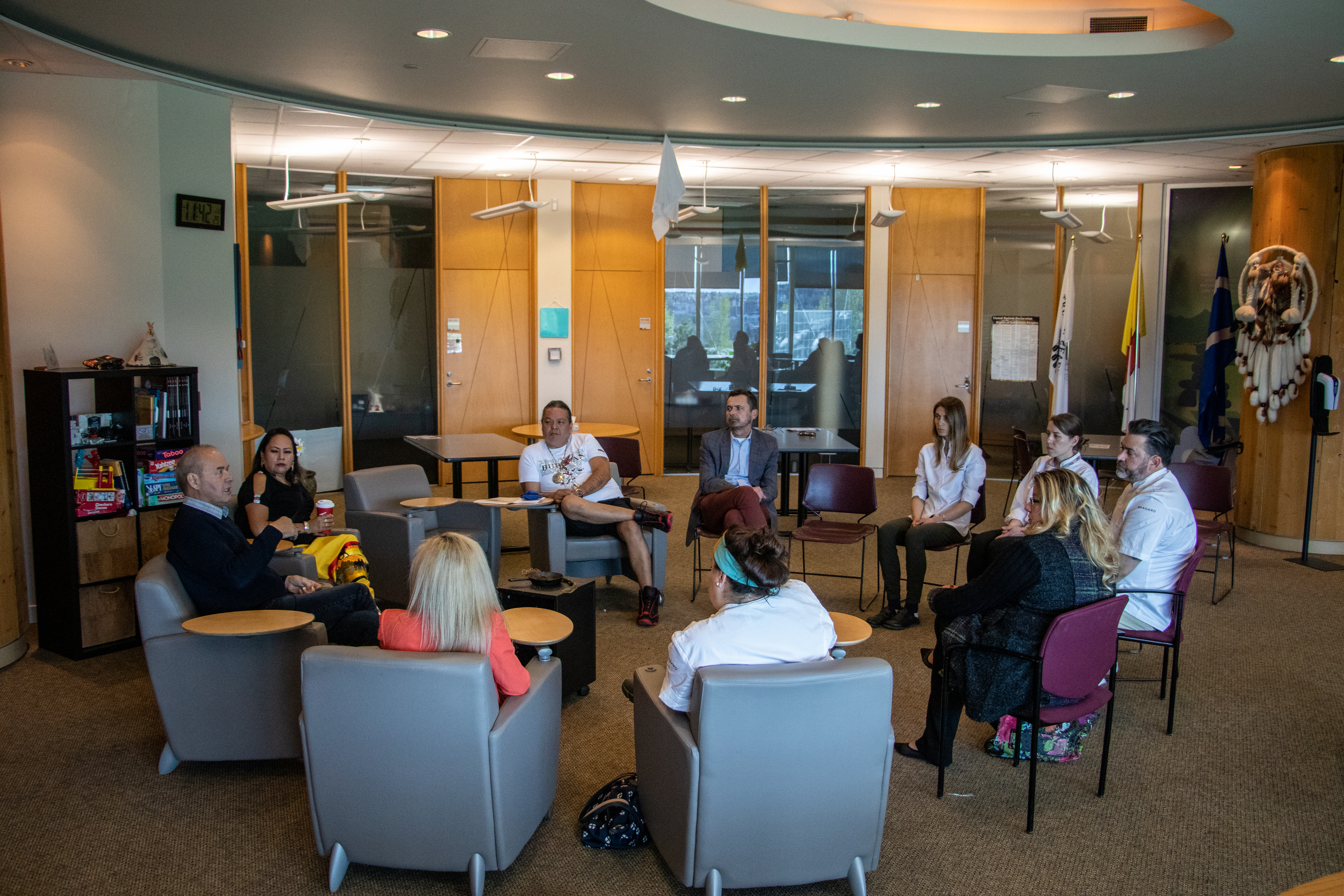 Learning circle at the Chinook Lodge

Following this experience, we made our way to another building, where the kitchen labs were located. We enjoyed a thoughtful meal of bison short ribs with varied accompaniments, including Bannock, and Saskatoon berry crumble. The apprentice leading this lunch initiative, was of Métis decent, and wanted to showcase his cultural influence. The Métis refers to a group of Indigenous peoples who inhabit Canada’s three Prairie Provinces (Manitoba, Saskatchewan and Alberta), as well as parts of Ontario, British Columbia, the Northwest Territories, and the Northern United States.

After the lunch, we were paired with student volunteers and faculty members and tasked with preparing hors d’oeuvres for an upcoming reception. Chef Guas made a brisket and grits dish, highlighting Alberta Sylvan Star aged gouda, while Chef Mazon created a taco using British Columbia spot prawns and a mole verde. I prepared a dish of oyster mushrooms “on the half shell” using Ceres Solutions oyster mushrooms, along with a chimichurri made with Highwood Crossing Cold-pressed canola oil and Broxburn Farms greenhouse peppers. 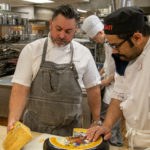 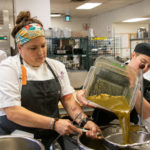 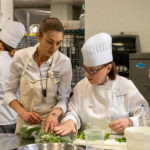 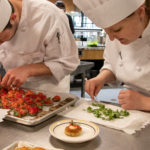