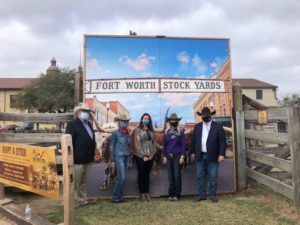 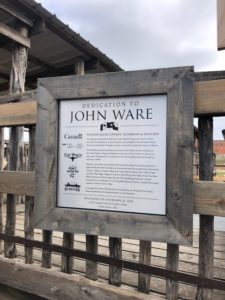 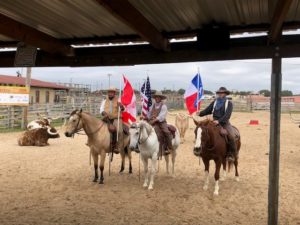 If one wanted to channel the spirit of a local cowboy, the popular Fort Worth Stockyards would be an ideal place to begin the search. However, on November 20, 2020 the Stockyards honored a horseman from a little further afield.

Pioneer Black cowboy John Ware was born in the United States in the mid-nineteenth century and worked as a rancher and a horseman in Texas and Calgary during his lifetime. Among other feats, he is known for bringing up to 3,000 heads of cattle from the United States to the ranch situated in the foothills of the Canadian Rocky Mountain Southwest of Calgary. But his impact is even larger than the physical area he covered. In a world that viewed—and largely continues to picture—the cowboy as a stereotypically white figure, John Ware broke barriers from Arlington to Alberta.

In an event organized by the Fort Worth Herd and the Consulate General of Canada in Dallas, the famed Canadian cowboy received some well-deserved recognition. The Canadian Consul General Rachel McCormick, Trail Boss Kristin Jaworski, Mayor Pro Tem Jungus Jordan, and Visit Fort Worth CEO & President Bob Jameson attended the occasion, honoring John Ware with a commemorative bronze plaque. The plaque, displayed on the front of the Worth Herd Viewing Pen, details John Ware’s life and legacy. The commemorative plaque also lauds John Ware’s advancement of racial diversity in the face of prejudice and discrimination.

“We appreciate the opportunity the Fort Worth Herd has provided to tell his story in Texas where he learned the cowboy and ranching skills that launched his career,” Canadian Consulate General Rachel McCormick said. The combination of his strength, ranching skills, and impressive horsemanship not only launched John Ware’s career, but also factored into his recognition as something of a regional folk hero. As a Black cowboy, Ware’s legacy is a crucial part of western culture, and those present at the dedication expressed a desire to spread awareness of the diversity of the cowboy tradition. The Consul General called John Ware’s story a “motivation to us all to persevere and triumph” just as he did. In that spirit, she announced that a donation would be made towards the “Adopt-A-Steer program”, a program that provides necessary funding to take care of livestock for the coming year. This donation would show support and appreciation for the contributions of John Ware.

During the presentation, the Consul General referenced the cordial economic and cultural ties between Canada and Texas, emphasizing that Texas and Canada are balanced at $1 billion in exports and imports annually. This information reinforces the beneficial nature of the relationship between the U.S. and Canada, a topical theme considering the contributions of John Ware to the smooth partnership between the two nations.

John Ware’s story represents not only an important part of the history of the cowboys that shaped the west, but also the history of kinship between the United States and Canada. From Fort Worth where he got his start to Alberta where his legend lives on, Ware’s influence is remembered. The plaque therefore celebrates John Ware’s contribution to both the United States and Canada, two nations who are well within their rights to sing Ware’s praises till long after the cows come home.