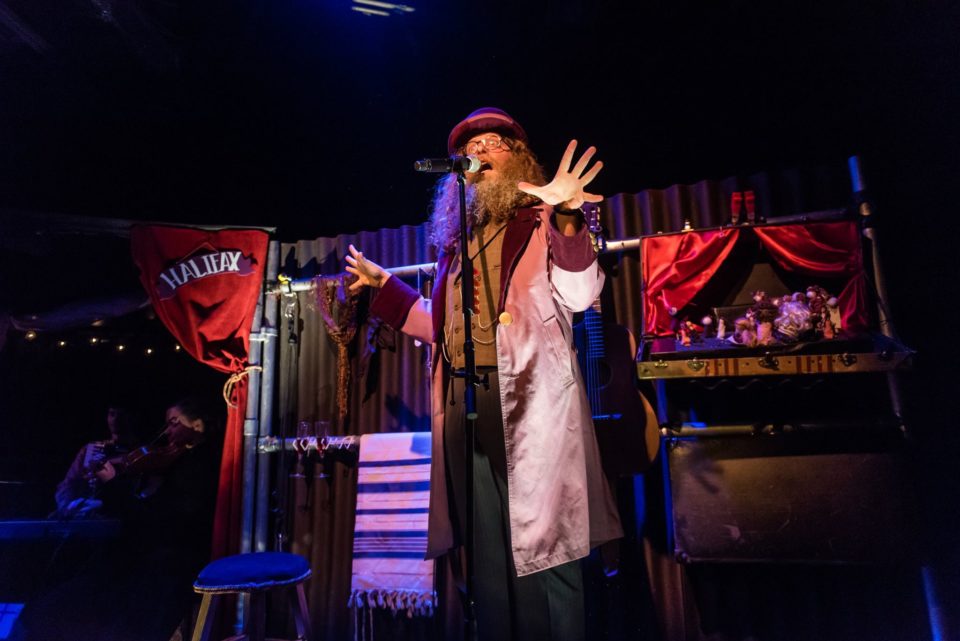 Sex, religion, and refugees—Old Stock: A Refugee Love Story has it all! A funny and edgy love story interwoven with a high-energy klezmer concert, this folk musical is inspired by the true tale of two Jewish Romanian refugees finding love on the shores of Canada in 1908. Featuring a spectacular performance by genre-bending Canadian sensation Ben Caplan, Old Stock has been wildly popular with audiences and critics alike across Canada, Great Britain, and in New York, and now makes its long-awaited DC debut.

Based in Halifax, Nova Scotia, 2b was founded in 1999 by Christian Barry,
Anthony Black, Andrea Dymond, Zach Fraser, and Angela Gasparetto. Built from a fledgling student start up, the company has gone on to stage 24 original productions, including 21 world premieres. Their  work has been presented in 61 cities, 13 countries, and five continents. 2b has won two Herald Angel Awards, an Edinburgh Fringe First, and has been nominated for six Drama Desk Awards. 2b’s shows have been finalists for the Nova Scotia Masterworks Award three times and in 2018, Old Stock: A Refugee Love Story became the first theatrical production to win the award.