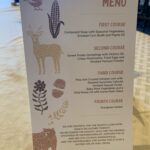 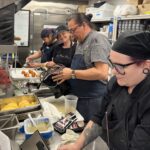 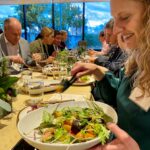 This year, in the ten days between Canada’s National Day for Truth and Reconciliation and the United States’ Indigenous Peoples Day on October 10, the Consulate General of Canada in Minneapolis partnered with local organizations on three events to connect the shared and often painful histories of Indigenous peoples in both Canada and the Upper Midwest region in the U.S., emphasize our collective responsibility to learn about and honour past injustices, and identify opportunities to move forward in a positive direction.

At the Center for Great Plains Studies in Lincoln, Nebraska, Dr. Sheryl Lightfoot – Canada Research Chair of Global Indigenous Rights and Politics at the University of British Columbia (UBC) – delivered a guest lecture on the UN Declaration on the Rights of Indigenous Peoples as the framework for Reconciliation in Canada.

In Minneapolis, Minnesota, the Consulate General of Canada in partnership with the MSP Film Society, Friends of the Falls, and the Native American Community Development Institute (NACDI) presented an Indigenous Film Night tackling the difficult subject of Missing and Murdered Indigenous Relatives (MMIR). The film screening included two films: Bring Her Home, a 2022 Minnesota-made documentary by filmmaker Leya Hale (Sisseton Wahpeton Dakota and Dine), as well as a Canadian film, this river. Following the screenings, Leya Hale and Juliet Rudie, the director of Minnesota’s Office of MMIR, participated in an engaging discussion moderated by Angela Two Stars (Sisseton Wahpeton Oyate), who was featured in Bring Her Home.

To cap the inaugural Indigenous Truth and Reconciliation Week, award-winning Canadian Chef Joseph Shawana (Odawa, part of the Three Fires Confederacy) collaborated on a North American Indigenous foods event with Owamni by The Sioux Chef. A family-style meal was served to 30 guests, including Minnesota Senator Amy Klobuchar and Lieutenant Governor Peggy Flanagan (White Earth Band of Ojibwe), featuring a special menu with two dishes from the Owamni kitchen and two from Chef Joseph’s repertoire. During dinner, Chef Joseph joined Dana Thompson, Co-Owner of The Sioux Chef – the organization behind Owamni, and recent winner of the James Beard Award for Best New Restaurant – to discuss the importance of food as a connector between peoples, and opportunities for revitalizing Indigenous foodways.

Land and location are especially significant for Indigenous peoples and communities. The two events in Minneapolis took place on both sides of the Mississippi River, near what is now called St. Anthony Falls. Prior to the arrival of European settlers, this part of the Mississippi was known in the Dakota language as Owámniyomni, or “turbulent waters”, and the area continues to hold great spiritual and historical significance for the Dakota, who are the original stewards of the area, and for the Anishinaabeg.