Multiple Conferences of the Parties, known as COPs, took place in 2022, with some good news for the planet, its critters, humanity, and Canada as well.

The first COP of 2022, COP27 Climate Change Conference, took the world to Egypt. While COP26, held in 2021 in Glasgow, was convened to increase countries’ climate ambition, the focus of COP27 was decidedly on implementation of the commitments made. Canada’s Minister of Environment and Climate Change, Steven Guilbeault, led Canada’s delegation, joining more than 35,000 participants at one of the world’s largest climate events ever. For the first time, Canada also hosted a COP27 Pavilion, showcasing Canadian action on climate and hosting a series of discussions with industry, civil society, Indigenous groups, and youth on how we can support implementation of global commitments through global, national, and local partnerships.

Ahead of the conference, Canada and Germany released a Progress Report on last year’s Climate Finance Delivery Plan, focused on actions that developed countries are taking to make good on their $100 billion annual climate finance commitment. It also included a series of recommendations for further measures needed to increase transparency, improve access to funding, and mobilize multilateral development banks and private finance to support these efforts.

At the conference itself, Canada announced more than $84 million (CAD) in practical initiatives that respond directly to the needs and priorities of developing countries, as part of Canada’s $5.3 billion International Climate Finance Commitment. Canada also joined the U.S. in launching several initiatives, including: a Net-Zero Government Initiative; a new Ocean Conservation Pledge; a Joint Declaration from Energy Importers and Exporters on Reducing Greenhouse Gas Emissions from Fossil Fuels; a Carbon Dioxide Removal Launchpad; and a Green Shipping Challenge.

Perhaps the most significant outcome of the conference, though, was an agreement by Parties to establish a fund to compensate the most heavily climate-impacted countries for loss on damage. While the fund’s parameters and sources still need to be determined, this marks a huge step forward in efforts to address the needs of the most vulnerable.

That brought us to COP19 in Panama for the Convention on International Trade in Endangered Species, known as CITES. This COP, which generally occurs every three years, focuses on trade regulations in wildlife. Participants maintained strong support for continued engagement with Indigenous peoples and local communities, and Canada will chair an intersessional working group to advance this effort. Attendees also advanced support for engagement and empowerment of Indigenous and local peoples of all genders, especially women and girls, adopting a resolution to further these actions and committing to develop a Gender Action Plan. Among the many species added to the CITES appendices, ten species that occur in Canada and the U.S. received further monitoring and protection under CITES, including species of turtles birds, plants, and one shark.

Delegates momentously agreed to protect 30% of global land and water by 2030, known as 30×30, nesting this commitment within additional efforts to halt the extinction of threatened species by 2050, cut $500 billion in environmentally-harmful subsidies, reduce the risk of pesticides by 50%, halving excess nutrients lost to the environment, and decreasing levels of pollution and invasive species introductions. To achieve these commitments, countries pledged $200 billion per year from private and public sources by 2030. Much of this funding will be focused domestically but does include $20 billion per year through 2025, and $30 billion per year through 2030, for international aid for biodiversity. Canada’s new financial commitments at COP15 totaled over $1.5 billion in support of nature and biodiversity in developing nations.

Throughout the conference, Canada made additional announcements as part of its own 30×30 commitment, including new Indigenous-led projects and investments, the first nature agreement with Yukon Territory, and a critical minerals alliance with most of the G7 countries to further a clean and just transition to lower greenhouse gas emissions.

So as 2022 closes, it represents a year of strong international commitments to reduce emissions, protect nature, and promote a green and just transition. 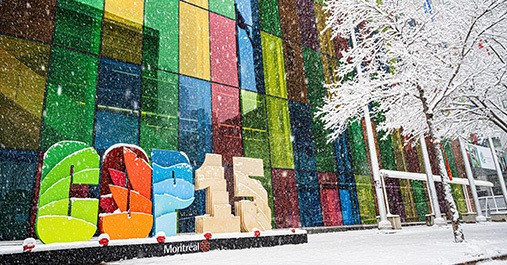