The Consulate General of Canada in Dallas and the City of Dallas Office of Arts and Culture partnered to launch Ha Įlè, a cross-border art installation, in honour of the United States’ Native American Heritage Month. Launched on November 1, 2022, Ha Įlè is a ground-breaking collaboration for both parties that builds upon the Indigenous traditions of the region, using augmented reality (AR) to compel audiences to reflect on the past by bringing traditional symbols to life in the present. The project’s title: Ha Įlè means future and past tense in the Dene language

Reflecting the cross-border nature of the partnership, local Texas artist, Eric Wagliardo, and a First Nations artist from the Northwest Territories, Casey Koyczan, joined forces to create an augmented reality sculpture. Throughout the creative process, both artists brought unique perspectives on how to honour the Indigenous peoples of North America using augmented reality as their medium. The final piece provides an innovative and educational user experience, displayed at premier arts spaces such as the Dallas Museum of Art (DMA) and AT&T Discovery District Showcase, as well as public parks and community centers across the city of Dallas.

The Consulate General of Canada in Dallas spearheaded the project from its conception in 2020 and worked with community members to secure additional partner sites within the Dallas arts community. In mid-November 2022, the project was recognized with a formal launch reception that included both artists and representatives from local political, diplomatic, academic and cultural circles. The reception was complemented with an opening traditional Native American blessing by a local elder, followed by dance performances by local group Indigenous ACE and Odawa Wiingushk, who travelled from Canada to perform. The art installation will remain on display across the city until January 2023. 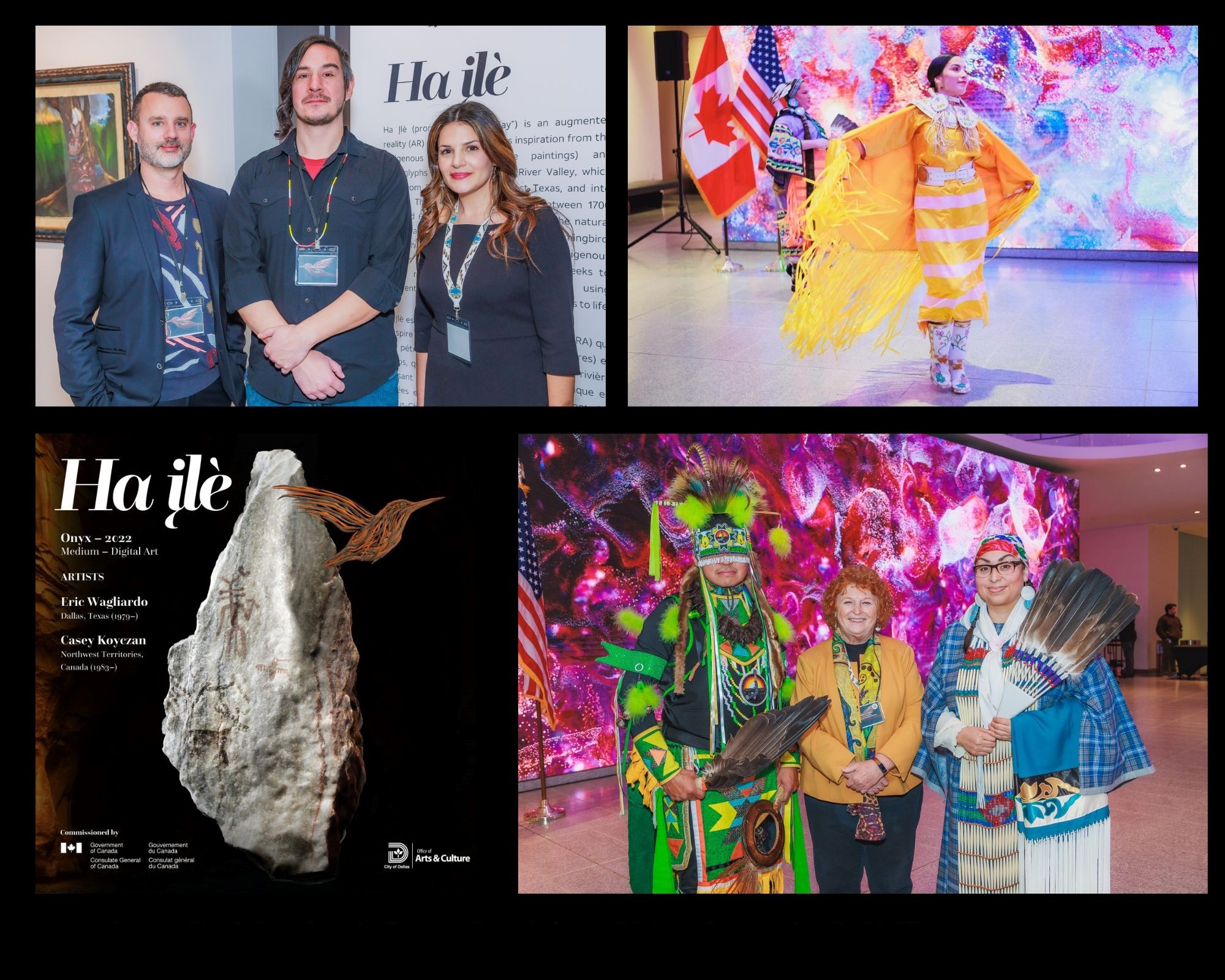