“We will never forget you brave sons of Canada”

In September 2021, the Consulate General of Canada in Detroit was given a plaque by a relative of a former member of the U.S. Army stationed in South Korea which honoured the Canadian Fallen of the Korean War. An inscription states, “We will never forget you brave sons of Canada” to commemorate Canadians who fell in the Korean War (1950-1953), and Post-Armistice (1953-1957). The plaque once adorned the walls of the Canadian barracks at a joint military base but was found buried in the rubble by a U.S. Army medic after the buildings had been demolished. It was carefully shipped home to the U.S. with the intention of one day being returned to Canada.

The Plaque has now been donated by the Consulate to the Canadian War Museum in Ottawa, Ontario. Often overlooked or forgotten, the Korean War is an important chapter in the U.S.-Canada relationship and in Canada’s military history. More than 26,000 Canadians served on land, at sea, and in the air during the conflict, during both the combat phase and as peacekeepers afterward. Sadly, 516 Canadians died in service of their country.

In addition to the plaque as commemoration of the Korean War, there are two Monuments to the Canadian Fallen, one located in Busan, South Korea and a replica located in Confederation Park Ottawa. 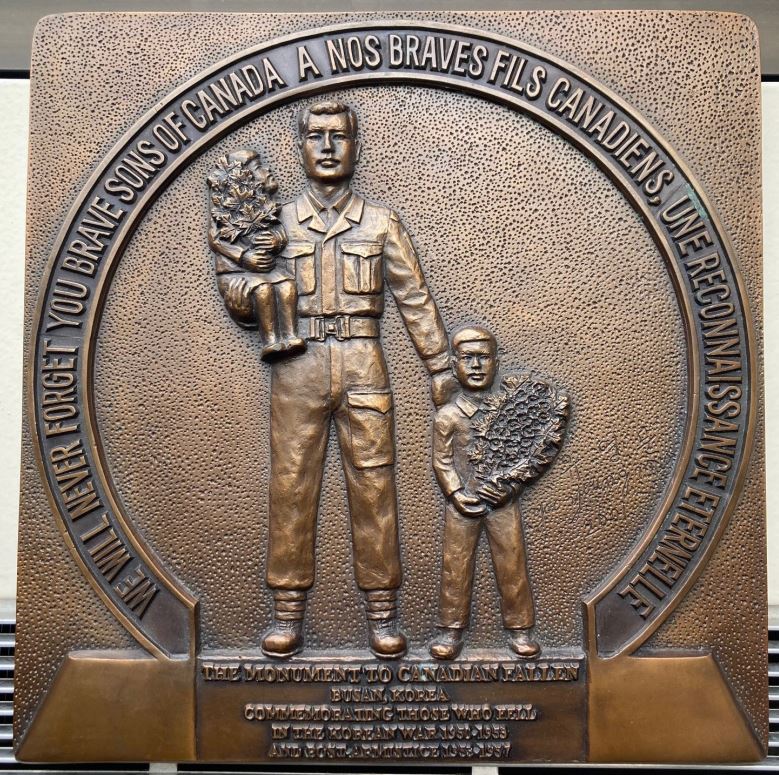