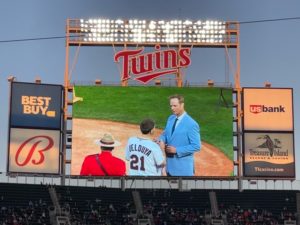 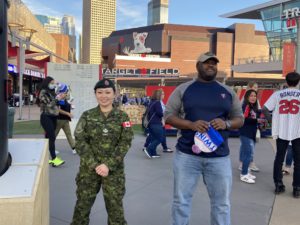 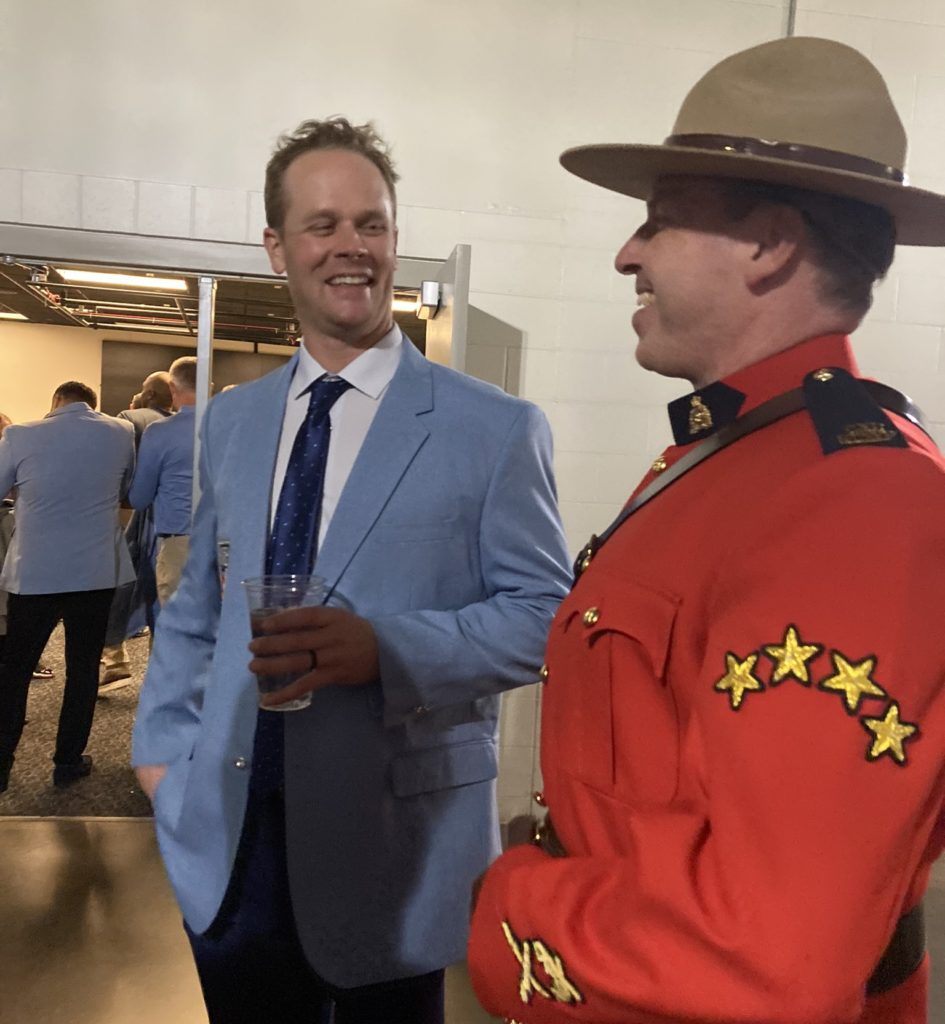 In September 2021, Master Corporal (MCpl) Jennifer Shih, of the defence liaison staff at the Embassy of Canada in Washington, D.C., represented the Canadian Armed Forces at the Major League Baseball Minnesota Twins’ home series against the Toronto Blue Jays.  As Canada and the United States stand shoulder-to-shoulder in defence of common values and interests around the globe, MCpl Shih stood with U.S. active-duty service members, reservists and veterans during the flag-raising and anthem ceremonies prior to the first pitch at each game.

The series coincided with the induction of British Columbia-born former first baseman Justin Morneau into the Twins Baseball Hall of Fame. Ambassador Kirsten Hillman delivered a message of congratulations during the ceremony, in which she emphasized the strength of the relationship between Canada and the United States, and expressed Canada’s pride in Morneau and his many accomplishments. At the conclusion of the ceremony, Royal Canadian Mounted Police (RCMP) Liaison Officer Sean Gordon joined Consul General of Canada in Minneapolis Ariel Delouya in a joint presentation of symbolic gifts representing Mr. Morneau’s home in Canada: an RCMP challenge coin, a passport folio made of baseball leather, crafted by an artisan in British Columbia, and a gift bag from Parks Canada.