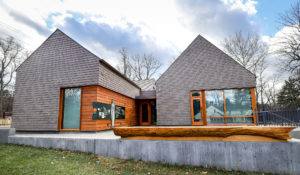 It is estimated that as many as 30,000 freedom seekers left the U.S. for communities across Canada via the nineteenth century Underground Railroad, with many settling in southwestern Ontario — places like Windsor, Fort Erie, Chatham and Owen Sound. In 2019, Governor Larry Hogan of Maryland was the first to proclaim the month of September as International Underground Railroad Month, now in its third year. September marks the self-liberation of two of Maryland’s most well known freedom seekers and Underground Railroad operatives, Frederick Douglass and Harriet Tubman. The state was also once home to Josiah Henson, a former slave who escaped to Canada in 1830 and led 118 people to freedom. This year, the Embassy of Canada remembered those who aided enslaved Americans through the new North is Freedom photo exhibit with the United States National Park Service, the Wilson Center’s Canada Institute Panel Discussion on International Underground Railroad Month, as well as the celebration of a new sister site linking the Josiah Henson Museum & Park in Montgomery County, MD with a site in Dresden, ON.

Launched on September 23, the Embassy has partnered with the U.S. National Park Service to present a new photo exhibit, North is Freedom, showcasing photos by Canadian photographer Yuri Dojc. The name North is Freedom comes from a poem by Canada’s Parliamentary Poet Laureate George Elliott Clarke. The exhibit tells the stories of the descendants of Freedom Seekers – African Americans that escaped slavery in the U.S. to Canada. The Embassy displayed the exhibit from 2016 – 2017 in its art gallery. The exhibit will be available online until the end of February 2022.

The Deputy Head of Mission, Katherine Baird, also provided comments for a panel discussion commemorating International Underground Railroad Month between historians, scholars and descendants hosted by the Wilson Center in Washington, D.C. When speaking about the importance of the Freedom Seekers that escaped slavery and helped others, she stated that: “It is these people and their descendants who have contributed in a myriad of ways to the growth and development of Canada as a great nation.”