The Power of Partnership: How Canada & the U.S. Are Tackling Climate Change Together 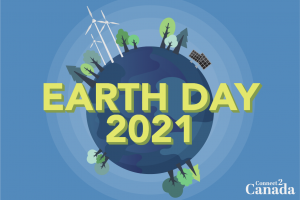 Years from now, 2021 may well be regarded as a tipping point on global climate action. The COVID-19 pandemic that gripped the world in 2020 ravaged communities and economies.  Many of those communities, already vulnerable to the impacts of climate change, were forced to deal with unprecedented wildfires, extreme weather events, flooding and severe storms.

But in the global economic shutdown, we also caught a glimpse of what a less polluted planet could look like.  Air quality improved for a time in major cities, carbon emissions dropped (if only temporarily), and the drop in ambient ocean noise provided an influx of data on the sounds and actions of whale populations and other marine life worldwide.  As we work to get the global economy back on track, there is a growing recognition that we need to do so in a way that is environmentally responsible and climate smart.

Canada has already started.  In 2018, the Government of Canada released the Pan-Canadian Framework on Clean Growth and Climate Change, which set out a plan for how Canada plans to meet its emissions reduction targets, grow the economy and build resilience to climate change.  In December 2020, Canada took further action with A Plan for a Healthy Environment and Healthy Economy, announcing 64 new measures and CDN $15 billion in investments to make good on the outlined commitments.

But we also understand that if we are to combat climate change effectively, we must work in partnership with others – starting with our closest friends.

President Biden made clear on his first day in office that addressing climate change would be at the heart of his Administration’s economic recovery plan.  In the Roadmap for a Renewed US-Canada Partnership, agreed to just a month later, Prime Minister Trudeau and President Biden committed to accelerating bilateral ambition toward combating climate change.  We have since launched a high-level Ministerial dialogue on climate change, which will help translate these commitments into tangible progress.

So what does all of this look like in practice?  In celebration of Earth Day, here are three ways that Canada and the US are working together to combat climate change while growing our economies:

If 2021 is indeed the tipping point on climate change action, then Canada-US cooperation is providing momentum for that shift.  On April 22, Prime Minister Trudeau will join President Biden at the Leaders’ Summit on Climate, where both countries will announce their new emissions targets under the Paris Agreement.  These are small but important, coordinated steps, and will help to ensure that Canada and the US continue to address the causes and impacts of climate change while growing our economies together.