Canada’s Minister of Transport, The Honourable Marc Garneau at the U.S. Chamber of Commerce Aviation Summit 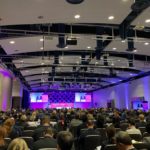 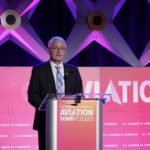 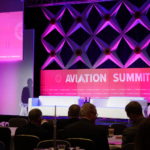 I would like to thank the United States Chamber of Commerce, and organizers of the Aviation Summit, for the opportunity to speak here today.

The United States Chamber of Commerce has a long history, and has had a significant impact on our continental economy for many years.

On behalf of the Government of Canada, I want to express our appreciation for the Chamber’s support for the new U.S.-Mexico-Canada trade agreement.

The United States sells more goods to Canada than to any country – more than it sells to China, Japan, and the U.K. combined. Trade and investment with Canada supports millions of U.S. jobs.

This modernization of North American free trade marks an important milestone for Canada’s trade relationship with the United States and Mexico. So, to the Chamber, I thank you for your valuable support.

This Aviation Summit is an excellent opportunity to gather and speak about significant issues.

Civil aviation ties the world together in a very unique way. It bridges oceans, straddles continents, and makes the world so much more accessible for the global population.

When people are travelling from one part of the world to another, they should not have to worry about preventable danger.

And when traveling through conflict zones, civilians should not be placed at risk.

Canada continues to grieve those who were lost on January 8 this year, when Ukraine International Airlines Flight PS 752 was shot down near Tehran.

57 of the 176 lives lost were Canadian. Others had close ties to Canada. Many were on their way to Canada.

My country has been deeply affected by this tragedy. We do not want it to happen again – ever, to anyone. We do not want anyone to have to experience the sense of loss, and shock, that this terrible incident has given us.

But this incident was not unique. The families and friends of the 298 people who perished when Malaysian Airlines Flight MH17 was shot down over Ukraine in 2014 experienced this same sense of loss and shock.

Both these tragedies were preventable.

As a global community we cannot add any more names to the list of lives that have been lost, of families whose lives have been turned upside down.

We must find ways to better manage civil aviation in airspace above conflict zones.

Internationally recognized rules for civil aviation in airspace above conflict zones must be more broadly and consistently implemented.

The International Civil Aviation Organization’s definition of “conflict zones” is:

Each state’s airspace is sovereign. That is not in dispute.

Right now, there is too much reliance on countries involved in conflicts to close or restrict access to their air space themselves. This didn’t happen in Ukraine or Iran.

To protect our citizens who travel throughout the interconnected global aviation network, we need to take action, now.

Fortunately, a significant amount of work has already been done.

In particular, the Netherlands led the investigation of the MH17 incident. Following that investigation, there were 11 recommendations, regarding:

These recommendations fed into important work at the International Civil Aviation Organization – or “ICAO” – as well as work done elsewhere, to address risks in conflict zones.

However, as the Flight PS752 incident has tragically demonstrated, we must do more.

I am here today to say that Canada is taking a leadership role.

Canada has civil aviation expertise, as does the United States. Canada has been the proud host state for ICAO headquarters since its inception.

In Canada, we take great pride in our history of collaboration – of working together with partners from all over the world, to make that world a better and safer place.

In this spirit, Canada is proposing a Strategy for Safer Skies.

We believe this Strategy will improve aviation safety over or near conflict zones, to prevent future tragedies.

To achieve that, we are engaging and collaborating with other countries, as partners. We want to work together, sharing information and coordinating in order to improve:

And that would just be a start.

The goal is for countries to take immediate action to reduce risk, while promoting long-term improvements to the global aviation system, through ICAO.

And, through ICAO, we can work on getting all countries to adopt these improvements.

“We can’t always wait for perfect consensus to be reached within the bounds of established bodies. Delivering results requires us to take action with those who are ready to move.”

We know that it will take broad support to get this done, and to get it done right.

We will need effective multilateral and bilateral collaboration.

That includes partner countries, such as the United States, whose support, I am pleased to say, has been swift and resolute.

It includes organizations representing the flight and cabin crews who are on board aircraft every day.

And it includes industry partners. The International Air Transport Association, for example, has already pledged its support, for which I am grateful.

As Canada’s Minister of Transport, I am responsible for the safety and security of Canadians, and for people travelling within Canada.

I take that responsibility very seriously.

I am also a citizen of this planet, and I believe there are important and serious responsibilities associated with that role as well.

As a former astronaut, I am among the very fortunate people who have had the opportunity to see the planet from space.

From space, you can see our world from a completely different perspective – oceans, continents, the cloud cover – all together, it is a magnificent mosaic.

One thing you can’t see, from that vantage point, is borders.

You can’t see boundaries between safe airspace and airspace where disputes have led to militarized conflict.

The reality is those conflict zones exist, and the dangers they present are very real.

There is an ever-present risk for civilian aircraft that approach or cross airspace over or near countries where there is violent conflict.

That is why we need the Safer Skies Strategy.

This Strategy is a call to action.

With it, Canada will be seeking international collaboration, to improve aviation safety, and to save lives. Thank you.