Canadians in San Francisco showing their love for Raptors Nation!

You can take the Canadians out of Canada, but Raptors Nation is going global! At an event at Canada House in San Francisco this week, hosted by Maple Leaf Sports Entertainment with the support of the Canadian Consulate General in San Francisco, over 600 Canadians living in the area came together to show its love for the Raptors as they participate in the first ever NBA Final featuring a Canadian team. Even deep in the Golden State, Canadians here and throughout the region were roaring #WeTheNorth loud and proud. Go Raptors! 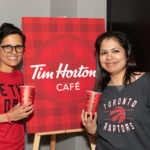 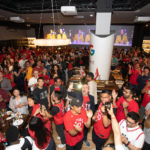 Share your photos with us by tagging @Connect2Canada and using #WeTheNorth!

Talking to Raptors fans living in the San Francisco Bay Area today. Consul General of Canada in San Francisco @RanaSarkar_ has been cheering on Toronto in the #NBAFinals  and has faced some heckling. @globalnewsto #WeTheNorth pic.twitter.com/CyKGllqhkd

We watched Wednesday’s game with some @Raptors superfans in SF Bay Area at the #WeTheNorth ?? House. Game 4 of the #NBAFinals tip-off tonight at 6PM PST! #WeTheNorth ? kschischang/IG pic.twitter.com/pZb7HilWHs