Canada at the 49th Washington Conference on the Americas: exchanging ideas on policy issues and cooperation in the Americas 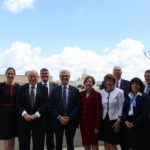 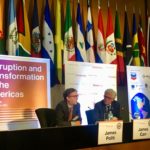 Canada is a trading nation, and the only G7 country to have a free trade agreement with the other six member countries. While Canada and the United States share a trillion dollar trade and investment relationship, our global trade agenda also prioritizes reaching new markets abroad, fostering economic growth and prosperity.

To underscore the importance of expanding global market opportunities, Canada’s International Trade Diversification Minister, Jim Carr, spoke at the 49th Washington Conference on the Americas. During a discussion with James Politi, Editor for The Financial Times, Minister Carr highlighted Canada’s leadership in increasing cooperation in the Americas. He also touched on Canada’s new trade agreements with Europe and the Asia-Pacific region. In September 2017, the Canada-European Union (EU) Comprehensive Economic and Trade Agreement (CETA) entered into force. Canada was also among the first 6 countries to ratify the CPTPP, which provides preferential market access to 10 other countries in the Asia-Pacific region: Australia, Brunei, Chile, Japan, Malaysia, Mexico, New Zealand, Peru, Singapore and Vietnam.

Fair rules are an important part of any trading regime. At a roundtable on WTO reform hosted by the Canadian Embassy, Minister Carr, former USTR representatives, and experts from CSIS talked about ways to modernize the WTO so it reflects the realities of the 21st century.

Throughout Minister Carr’s visit, he emphasized the importance of the United States joining Canada’s efforts to advance pragmatic and long-term improvements to the WTO –  strengthening our rules-based international trade system.